A response to ‘Life After Suicide’

Abi Pattenden blogs her response to a documentary about suicide bereavement

Trigger warning- this post discusses suicide and its effects on those who are bereaved as a result of it.

Funeral Directors are used to dealing with all kinds of loss. At Freeman Brothers, we are conscious of wanting to support our clients at one of the most difficult times they will encounter. My colleagues working in our four branches in Horsham, Billingshurst, Crawley and Hurstpierpoint know that we can encounter people who are bereaved through all kinds of circumstances- and this includes suicide. This is, of course, a particularly sensitive time and therefore I watched the BBC documentary ‘Life after Suicide’ with interest, hoping for insights into how people who have experienced this awful situation feel and how we can best help them.

In the documentary, Angela Samata interviews a range of people who have been affected by suicide, hoping to explore some of the causes and what lies behind the biggest killer of men under 50 in the UK. Samata is taking this journey following her own experience of losing her partner, Mark, to suicide several years ago, when their youngest son was three.

Samata meets a researcher into suicide, and a woman working in a space called The Maytree which aims to give people experiencing thoughts of suicide a space to breathe and step back from their lives in the hope of preventing them making an attempt. She attends a group session organised by SOBS (Survivors of Bereavement by Suicide). She also encounters several families who have been affected as hers have through the loss of a partner, parent, or child.

There were several points in the documentary which really resonated with me. It was interesting to hear Samata talk about how people don’t know what to say to you after someone has taken their own life. I think this is a lot of people’s experiences after anyone dying in any case. I remember arranging a funeral for a gentleman (who hadn’t taken his own life) and his wife was frustrated that people were crossing the street to avoid talking to her. Angela of The Maytree tells Samata that people don’t want to talk about death and I certainly agree with this. People are scared of upsetting someone who is recently bereaved and putting them in awkward situations, and this well-intentioned altruism often manifests itself in ways that people grieving actually find unhelpful. So it seems that this is magnified when the person has taken their own life. Samata identifies that people’s lack of having spoken about suicide in the past is an exacerbating factor- frustrating when she feels that people do want to understand but don’t know how to start a discussion. I loved that Samata’s mum’s response to the bereavement was to cook- ‘the worse she thinks we’re doing, the more food’- and I very well recognised a person whose need to comfort people manifested itself in three types of potato and two types of peas.

Throughout the programme I learned a few very interesting facts. For example, most people who take their own lives don’t leave a note. I think the suicide note is something we often associate so closely with the suicide itself- probably through fictional depictions, such as in dramas- that this would never have occurred to me. It struck me that, if this is the case, the people left behind will have unanswered questions the type of which may not occur if the person who has died has been unwell. A recurring theme through the documentary was the often unexpected nature of suicide. It’s frightening to think that you may not know someone is having these thoughts and feelings, even if you know them very well. It will also add an extra level of complexity to the grieving process. Rebecca, who Karen met last in the documentary, had lost both her partner and her son to suicide and she spoke very movingly about how the inquest was seeking to provide answers but that she hadn’t actually found it helpful, because they were factual answers- describing someone as depressed doesn’t go into hows and whys. Samata herself says that her partner, Mark, had not been obviously depressed before taking his own life.

This enquiry as to the ‘whys’ of suicide led Samata to Professor Rory O’Connor, of Glasgow University, who researches suicide. He explained that it was not possible to ascribe a cause to any particular person, but that he was trying to find ‘common features of the suicidal mind’. This involves carrying out a variety of tests on people who have made past attempts. Through this research, key factors in suicidal people have been identified, including the tendency to feel trapped or unable to escape their lives or particular aspects of them. There are psychological tests specifically designed to identify this within a person. Also, people who have attempted suicide in the past seem to have higher pain thresholds. What struck me was how interesting it would be to have a programme which talked about these characteristics in people with different mental health conditions and I again felt what a shame it is that stigmas around issues such as depression- and, of course, suicide- may have prevented this information being widely disseminated.

The family who stayed with me the most from the programme were Simon and Vicky. They were bringing up Simon’s five daughters- Vicky was his new partner following the death by suicide of the girls’ mother, Domine. The girls had received some support from Winston’s Wish and Vicky was clearly such a wonderful person for them and I thought how brave she had been to enter such a difficult situation with a determination to be open and honest. She talked about how they would never get over the loss of their mum but she hoped they could learn to ‘live alongside what’s happened’. I thought this was such an important phrase, which I would try to remember myself for the future. Some of the girls were obviously still very upset at their mum’s death but they were a beautiful family trying their best and, I felt, succeeding in their aim of acceptance.

My overall response to the programme was how honest it was. Both Samata and her interviewees were open with their feelings and emotions. While the piece was clearly a labour of love for Samata, she was also able to be objective, which I felt was important. Her compassion for the other participants was evident but she didn’t shy away from hard questions and, in complete contrast to what we usually see, wasn’t put off from asking a question because it might upset someone. She was both kind and curious and this combined to provide the true feelings of how the people she spoke to felt. I feel I have a better understanding of how someone bereaved by suicide might feel and I hope this might help me and my colleagues when we have to arrange funerals in these especially sad circumstances.

‘Life after Suicide’ can be found on BBC iPlayer until 20th June 2019.

If this piece resonates with you, you can contact SOBS via their website here or please contact The Samaritans on 116 123. Calls are free from any type of phone, won’t show on your bill, and are answered day or night.

END_OF_DOCUMENT_TOKEN_TO_BE_REPLACED 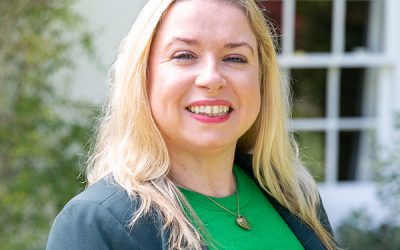