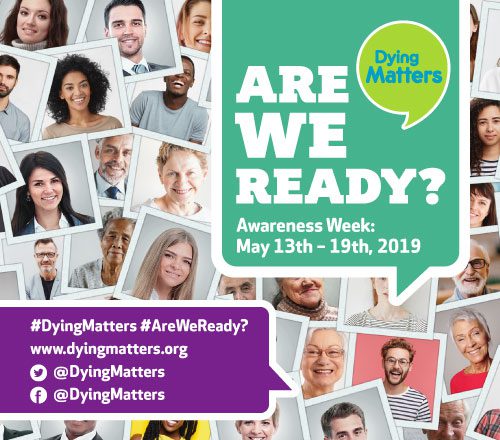 For us at Freeman Brothers Funeral Directors, diversity and inclusion are considerations we don’t consciously make.  Whilst this may sound unusual, there’s a very good reason – with the service that we offer to our clients via our offices across Sussex (in Billingshurst, Crawley, Horsham, and Hurstpierpoint), it simply isn’t for us to discriminate or exclude anyone, as what we’re providing isn’t for ourselves, but our customers.

In 2019, funerals by their very nature are diverse.  Gone are the days when funerals followed a set format, as our lives are increasingly varied.  When our business first began operating in 1855, life was very different, and funeral directing didn’t exist as it does today.

Our original proprietor, Bede Freeman, was a general tradesman and carpenter, and largely operated on the basis of building coffins and transporting them on behalf of customers.  In those days, the vast majority of people in our area – West Sussex – were practicing Christians, and due to attending church regularly, knew the minister of their parish well.  Therefore, when a member of their family died, they liaised with the minister directly regarding the service, rather than asking a third party to do it for them.  Society was far less transient – we lived and died in the locality in which we were born, negating the need for communicating from a distance, as we so often do today.  Motorised transport wasn’t available in 1855, so there was no requirement to hire vehicles for the occasion of a funeral.  Cremation also wasn’t a practice which had begun – funeral services would have taken place in church with the coffin then conveyed directly to the churchyard for committal and burial.

During the period in which we have been operating, life has changed, and so too has our community.  From technological developments, such as the availability of motorised transport, and the use of electricity and telephones (when scouring our old account ledgers last year, the team discovered that customers had, at one point in time, been charged for each phone call made on their behalf – presumably because this technology was expensive and warranted the levy of a fee at the time!), to sociological ones, such as the practicing of a greater variety of beliefs and population migration, our industry has evolved to cope with a change in demands.

Funerals now are often seen as a celebration of a life lived, rather than strictly as a passing from one plane to the next, and services and events are now conducted differently.  In order to reflect the life of the individual who has died, many personal elements are now incorporated.  These may include a variety of choices of materials, colours and finishes for a coffin; personalising a service with a eulogy, whether this is delivered by a friend or family member, or the person leading the service; visual tributes and customised floral arrangements, even designed to resemble objects which were important to the person; the playing of specific music, whether because it reminds those attending of the person who has died, or they have been chosen due to being favourite songs of that person.  Everything can be unique, from the selection of a banana leaf coffin with a floral tribute constructed to look like a swan, to a playlist incorporating hymns or a mixture of classical and contemporary music (and within the scope of the latter, everything from Abba to The Wurzels and Eva Cassidy to Frank Sinatra).

In addition to this, as our population ages and life expectancy has increased, people are experiencing funeral arranging less.  It’s common now for an individual to not set foot in a funeral directors, or be in a position of being required to make arrangements until they are much older themselves, and this inexperience means that our expertise is valued highly.  Unlike times past, when most members of the population had a close relationship with the local minister, people these days tend to have both varied requirements and a different knowledge of what is available.  One of our duties as funeral directors is to maintain close working relationships with celebrants, ministers and other service leaders, in order to suggest an appropriate person for each given customer.  We take the time to get to know our customers and what type of service they would like, in order to make a good recommendation.  This relationship continues with a variety of suppliers, from those who make coffins, and local florists, to sourcing memorial jewellery and ashes caskets (again, in a variety of materials).

It truly is the case that no two services are the same these days, unless this is a specific request made by those making the arrangements, and the team at Freeman Brothers has therefore adapted to reflect this.  Working with diversity in mind is something which naturally occurs in our environment, and an attitude which will continue as the business develops.

Freeman Brothers is celebrating Dying Matters Awareness Week by hosting a series of ‘Big Deal, Small Talk’ events. These are free to attend and open to all who are interested. With events in a variety of locations and at different times, there should be one to suit everyone – you can find details of the events here.