Abi Pattenden, Manager of Freeman Brothers and Vice President of the National Association of Funeral Directors, again gives her perspective on the final topic in our Dying Matters Awareness Week series... 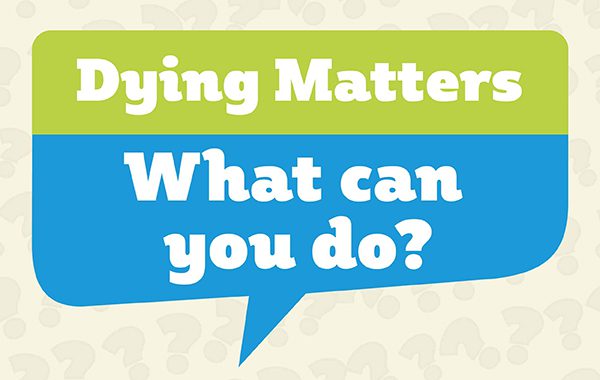 One of the key benefits of increased dialogue about death, dying and bereavement, is finding out how people of varying beliefs deal with these issues, and how their rites and rituals differ- and have commonality- with our own.

Because of the demographics in my area, I am mostly dealing with people of different Christian denominations as well as an increasing quantity of people who do not feel the need to have a service led by a religious officiant. However, even within this relatively small group, there are wide varieties of customs which we respect and help to facilitate.

More widely, our Crawley office, Holly Lodge in Southgate deals with people of a great spectrum of beliefs and my colleagues Vicky and Tracey have developed a great knowledge of what the families who choose to use our service are looking for when someone close to them dies.

However, I think in amongst this important topic are a few of key points which we really shouldn’t ignore.

Firstly, everyone’s beliefs are different and even amongst people of the same faith there can be variation. We should never assume that we know what someone wants and engage in open dialogue to understand their requirements to ensure that, whatever they believe, the funeral for their family member or friend is what they want it to be.

Secondly, as family structures change and meeting people from other countries and cultures becomes more common, mixed beliefs are more prevalent within families and so a funeral service which only encompasses the rituals of one faith may not be appropriate. We have known families to have a Catholic blessing in the Chapel of Rest before a Humanist funeral to acknowledge different parts of the Deceased person’s life. The increase in funerals conducted by civil celebrants- who will happily include some religious aspects in an otherwise secular service- shows that mixing and matching is more appropriate than ever and we should never make assumptions or think that ‘one size fits all.’

Thirdly, we should look at what we all have in common, too. I doubt there is any culture or belief system which would not want the Deceased person to be treated with care, dignity and respect, and to be remembered well. The way this might manifest itself might vary, and some choices made by some people might seem strange to others, but the fundamentals of doing what the Deceased person would have wanted are a constant. We see similarities and differences amongst people but we make a commitment to everyone to carry out their wishes, whatever they are based on, to the best of our ability, without judgement.

← Prev: Dying Matters Awareness Week - daily blog Next: The perspective of a newcomer →