In response to some of our most frequently asked questions, we have written a series of posts on those topics which require further explanation - today, we’ll take a closer look at embalming 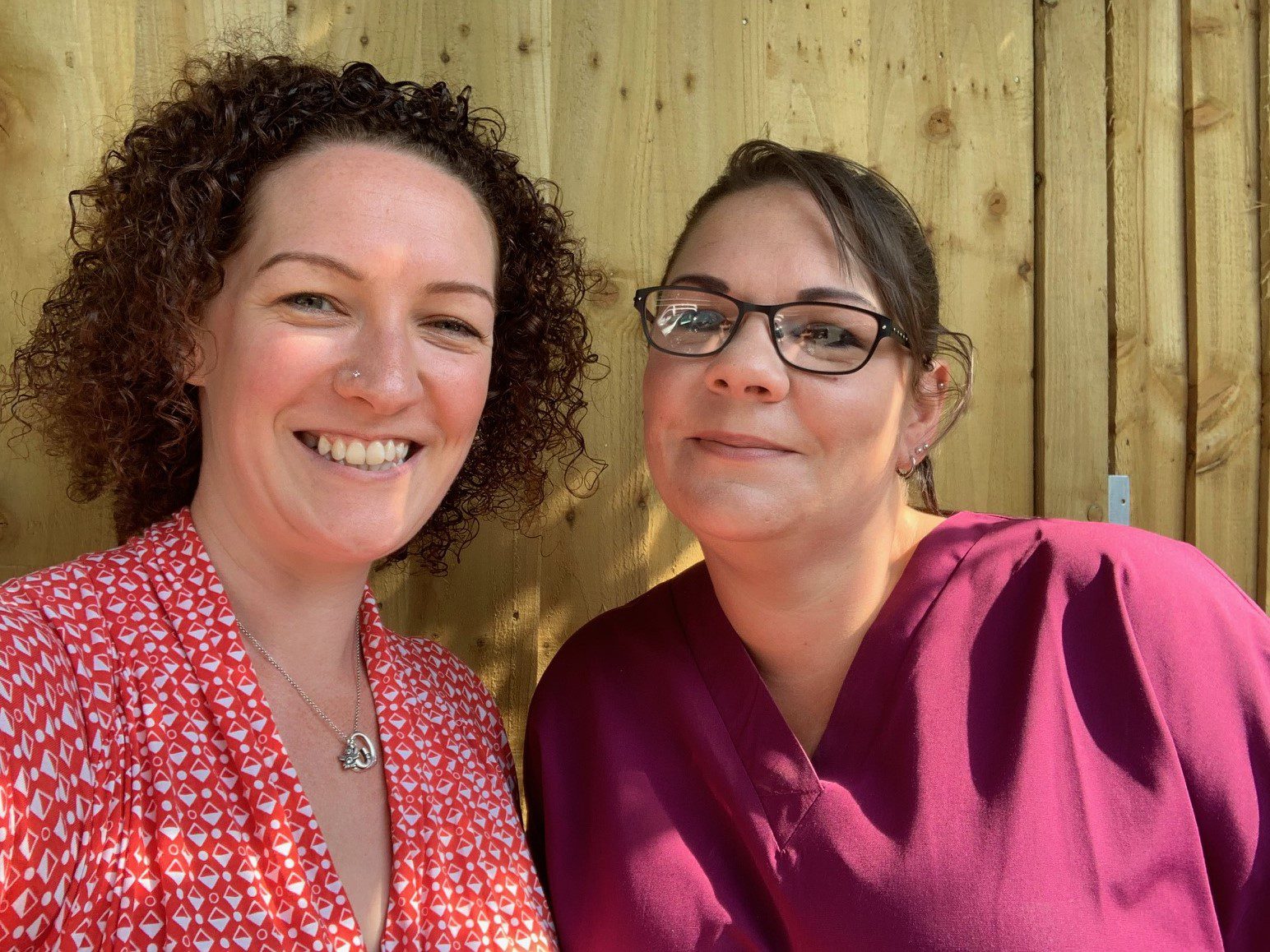 Having operated in West Sussex since 1855, Freeman Brothers Funeral Directors has built up a wealth of industry-wide knowledge.  With offices across the county in Billingshurst, Crawley, Horsham and Hurstpierpoint, the team serves a variety of markets and are experts in their field.  The company has always happily provided advice free of charge and without obligation, and today is sharing information on the often-misunderstood topic of embalming.  Community Co-Ordinator, Becky, wanted to learn more about the topic, so spoke to one of her expert colleagues in order to put this post together…

Freeman Brothers employs two fully-qualified embalmers, Fizzy and Vicky, who carry out embalming as part of their role in taking care of our Deceased clients.  Despite having worked alongside them for two years, I still wasn’t sure what embalming involves, so I decided it was time to ask!  Here at Freeman Brothers, most bodies are embalmed when they are due to be viewed in the Chapel of Rest, or at home, prior to the funeral.  The exception to this is when the Deceased person has specified burial at a site upon which embalming is not permitted – this is normally the increasingly-popular natural burial grounds, as the fluids involved in the embalming process contradict what is being achieved with a natural burial ground.  The other exception would be if the Deceased person’s loved ones did not want them to be embalmed, although this would lead to a conversation about implications for viewing in the Chapel of Rest if this was still wanted.

Before chatting to Fizzy, I wanted to learn a little more about the history of embalming – I remembered a few references to it from primary school studies of Ancient Egypt, so it wasn’t news to me that embalming dates back thousands of years.  I was, however, surprised to find out that the very earliest evidence of embalming having been found in what is now Chile and Peru.  Although popular with the Ancient Egyptians – who famously mummified people following their deaths, often entombing them with their most treasured possessions.   Embalming then seemed to decline in popularity, for a combination of cultural reasons – people not feeling it was necessary, and death rituals being different to those we see now – and technological ones.

Modern embalming methods developed several centuries ago, due to the advancement of the medical profession.  Physician William Harvey, whilst investigating the human circulatory system, developed a method which was later applied to embalming by the Scottish surgeon, William Hunter.  As trends changed during the 19th century, embalming increased in popularity: the funeral industry became increasingly professionalised, meaning that Deceased persons no longer remained at home prior to funerals, necessitating viewing being ‘arranged’.  In addition to this, concern for and awareness of hygiene and sanitation increased – the Deceased person being embalmed meant that the spread of disease was prevented, and a burial and funeral did not have to be carried out with great haste.  Today, embalming is chosen for slightly different reasons, thanks to refrigeration and procedures around death and funerals having changed further.

Fizzy told me that the purpose of embalming is mainly for preservation – the process can restore colour to the Deceased person’s features, and reverse facial muscle wastage, for example – and generally to keep the body undamaged.  When undertaken correctly, embalming can preserve the body for a number of years.  Fizzy stressed that embalming for the purpose of preserving looks is most effective when the embalmer has a recent photograph of the Deceased person to use as a guide.  This enables them to also accurately recreate the person’s hair style (including dyeing if necessary!), and take care of all other aspects of personal grooming, from facial hair to manicures and pedicures where needed.

Next, Fizzy talked me through the process of embalming, and told me that it varies slightly depending on whether or not the Deceased person has undergone a post-mortem examination, and the condition they are in when brought into the funeral director’s care.  If the person has not undergone a post-mortem, the embalmer will ‘raise’ an artery (make it prominent) – usually in the neck or leg – to inject a mild formaldehyde solution, of which between four and nine litres is used.  After this has been completed, the Deceased person’s blood is drained, with approximately one to four litres being removed.  If the Deceased person has undergone a post-mortem, the embalming process is different, working from the inside out in order to preserve the internal organs separately, and using arteries in the legs, neck or head.  Preventative methods are then taken to ensure that no bodily fluids leak from the Deceased person prior to or during them being visited with.  Final preparations are then able to take place – the person is washed, dressed, and any grooming is taken care of.

We are often asked whether or not makeup is applied to the Deceased person, and Fizzy’s answer was simple – if they wore makeup regularly when they were alive, or their complexion requires further improvement after embalming (or if they are not being embalmed) and prior to viewing, then our team will apply the relevant products.  Whilst our embalmers have their own makeup kit, Fizzy prefers to use the Deceased person’s own products if possible, in order to most accurately match the look they would have worn prior to their death.  This is where a recent photograph is again useful, allowing the embalmer to recreate the Deceased person’s natural and preferred look as best as they are able to.

Whether or not the Deceased person is being embalmed, their loved ones often choose specific clothes for them to be dressed in, and these days the selections vary widely, as Fizzy explains:

‘When I first started working at Freeman Brothers over twenty years ago, most people were dressed in their best clothes – suits for the gentlemen, and often a dress and jacket for the ladies.  Today, the item I’m most frequently asked to dress people in is jeans.  I get the impression that many people want their loved one’s final outfit to be something that they found comfortable when they were alive, as I’m seeing more and more sets of pyjamas being provided to us.  I’ve been asked to dress more than one Deceased person in their wedding dress.  I’ve been supplied with several sets of motorbike leathers – these always present an interesting challenge as they are heavy-duty, and the boots often come attached to the trousers, which can make the whole thing tricky to get on.  If the person is being cremated, special permission must also be sought from the crematorium before I am allowed to put these items on, as rubber items – which typically only goes as far as shoes – can’t be cremated.’

Fizzy’s training took three years, and was a combination of theoretical and practical assessments.  She also had to gain a certain amount of experience under supervision whilst working at Freeman Brothers, before obtaining her qualification to practice independently.  Embalming training always takes place using real bodies, rather than prosthetics, under full supervision of a tutor.  The theory assessments must be passed prior to the student being able to undertake the practical assessment and become fully-qualified.

Embalmers are encouraged to keep up to date on developments within the industry.  This primarily relates to equipment and is therefore often provided by the manufacturer of items such as embalming fluid.  My chat with Fizzy provided me with a lot of new information!  I was already aware that Fizzy enjoys her job, and has a lot of experience.  What surprised me most was that embalming methods haven’t changed during the last 200 years, given the advancement of medical science during this time – it’s intriguing to think that the techniques developed by surgeons then are just as effective today.  If you would like to learn more about embalming, further information can be found via the British Institute of Embalmers website.

← Prev: Celebrating ten years with ‘Keepsake’ Next: On the Trail – Freeman Brothers Funeral Directors on the first week of HeART to Heart →