First established in 1855, Freeman Brothers Funeral Directors is Horsham’s longest-running business. The company remains family-run and now has further offices across the county in Billingshurst, Crawley and Hurstpierpoint. With a forward-thinking attitude, the organisation set up a Community team four years ago – Becky tells us more about how things have progressed since… The […] 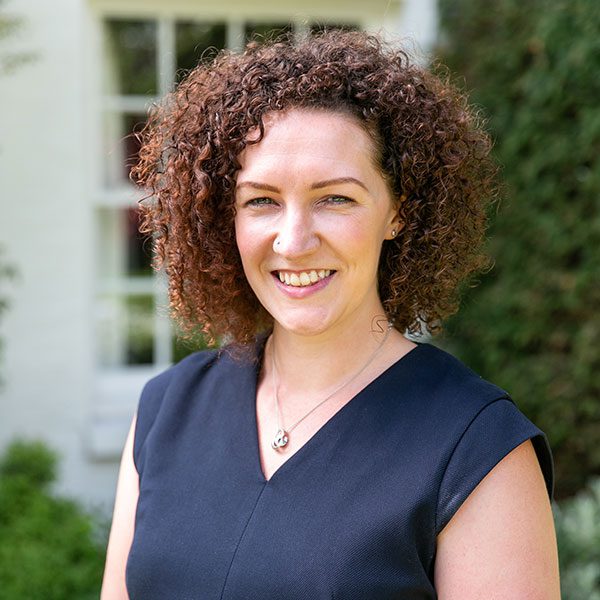 First established in 1855, Freeman Brothers Funeral Directors is Horsham’s longest-running business. The company remains family-run and now has further offices across the county in Billingshurst, Crawley and Hurstpierpoint. With a forward-thinking attitude, the organisation set up a Community team four years ago – Becky tells us more about how things have progressed since…

The phrase we’re all using at the moment is, ‘if you’d told me two years ago…’, and we’re doing so because it’s true. None of us can quite believe what we’ve gone through and how it’s changed our lives. But mine also changed significantly four years ago when I joined Freeman Brothers, and learned exactly how far away from the digital age the funeral industry was.

Even in 2017, I found it incredibly odd that a brand which was so well-established had no social media presence. The argument among the funeral industry at the time was very bluntly put: our demographic doesn’t use social media. And whilst that was largely true, it was also incredibly reductive, and directly contradicted one of our key aims – to get people talking about death and funerals, and remind them that, unfortunately, death can occur at any time.

Throughout my first two years at the company, things were beginning to change. As I settled in and established our online voice via Twitter and our blog, more ideas began to form and I also developed some longer term aims for our strategy. During the early days of my role, getting out and about in the community was also key: it’s often easiest to have a challenging conversation face to face, and connecting with people in person could be easier. However there was also a lot of resistance. I’m looking forward to seeing how attitudes may have changed when face-to-face events resume in earnest.

We faced resistance online too: conversations via social media were few and far between and, when they did happen, tended to be within the echo chamber of our own industry. I used to get asked what the point was of us using social media, what content could be generated that would possibly be interesting or useful. The thing with building a presence from scratch is that you just have to start, and it is about finding what kind of content people do respond positively to. The difficulty when you work for an organisation and have all of the knowledge is that you lose the perspective of the audience, and can never be certain what will be impactful until it is.

That’s why our strategy has been to listen as much as possible. I started by asking my colleagues what their most frequently asked questions are, and check in on this regularly. Predictably, it changed quite a bit during the pandemic, and this was also challenging from a communications perspective as we had to stay on top of constantly-changing information. There were times when it was very difficult to make sure that what we were communicating was up to date, relevant, and comprehensible, but I think that we rose to the task well.

I was grateful even from the early days of the pandemic that we had already established ourselves via social media, rather than that point being our entrance. It meant that we already had a voice, and a small following, plus that we were a trustworthy source.

As was the case for many others, I was used to representing my company by giving talks at live events. With those being suspended due to social distancing, there was a delay whilst a variety of organisations got their technology up and running, but eventually the requests resumed, and I regularly found myself giving talks on funeral planning and service wishes from my dining room table. Having overheard it several times, I’m fairly certain that most members of my family could now deliver this talk too!

I carefully spent time learning more about delivering talks online: you don’t have an audience to bounce off, and there are different theories about how best to set yourself up. I like to work with the audience in mind and, although it’s a bit more challenging as a presenter, I aim to keep my focus on the camera lens, rather than giving into the temptation of watching the audience on my screen. It makes a huge difference (next time you watch an online talk, see if you can spot what the presenter is looking at!), and if you can master it, the viewers have a better time. However, that does mean that you lose interaction entirely, and are reliant upon a host to assist you in fielding questions. I’m sure it’ll be strange to do all of that in person again, and that there will be a readjustment, but I’m looking forward to it too.

Something that wasn’t necessarily expected to be part of my role, but has been absorbed as I’ve taken more responsibility for our marketing, is a brand refresh. Much of this has been subtle, and occurred steadily throughout my time at the company so far. And really, many of the best brand makeovers happen this way – they are an evolution, allowing the new identity to settle in, as well as not to startle those of view the brand!

I had spent a while thinking about it all – my perspective as an outsider was helpful, and made me ask questions that others who had been within the business for a while hadn’t considered. For example, the decision had long ago been taken to use dark blue vehicles and funeral suits, rather than black, in order to automatically comply with the now-popular ‘no black’ dress code that customers request, and also to soften our image. Yet much of our corporate identity still spoke to me in quite a dark and traditional manner.

Happily, this inspired a colour palette makeover, and we’ve taken a blue tone as the central colour, using greens and purples around it, with grey or more muted blues where necessary (a bit like how sports teams have second and third kits!). There are still occasions when we use black, but these are now few and far between, and the difference is striking. Not only does it help us to stand out, but it also achieves my goal of a softer, warmer look.

This has been replicated across our social media channels, as well as in our photography and on our website, as I mentioned in a previous blog post. It isn’t just colour that we carefully consider: language matters too, and this has been a changing topic internationally during the last few years, with increased visibility of gender diversity plus racial issues being highlighted in key news stories. I’m still working on making our language more inclusive – change, when you work for an organisation with a rich history of mostly-beneficial habits, takes time – but there are already some important differences which really matter.

I’m sure many people will echo my closing sentiment: I’m far past the point of guessing what the next few years hold, but one thing is certain – they won’t be boring, and nothing will stay the same; change is inevitable, and I’m looking forward to seeing where it takes us.

← Prev: Saying Goodbye, Pose-style Next: After the cremation - options for ashes →