Funeral Arranger and Duty Manager Alex celebrates his ninth anniversary at Freeman Brothers this month! Find out more about his role here... 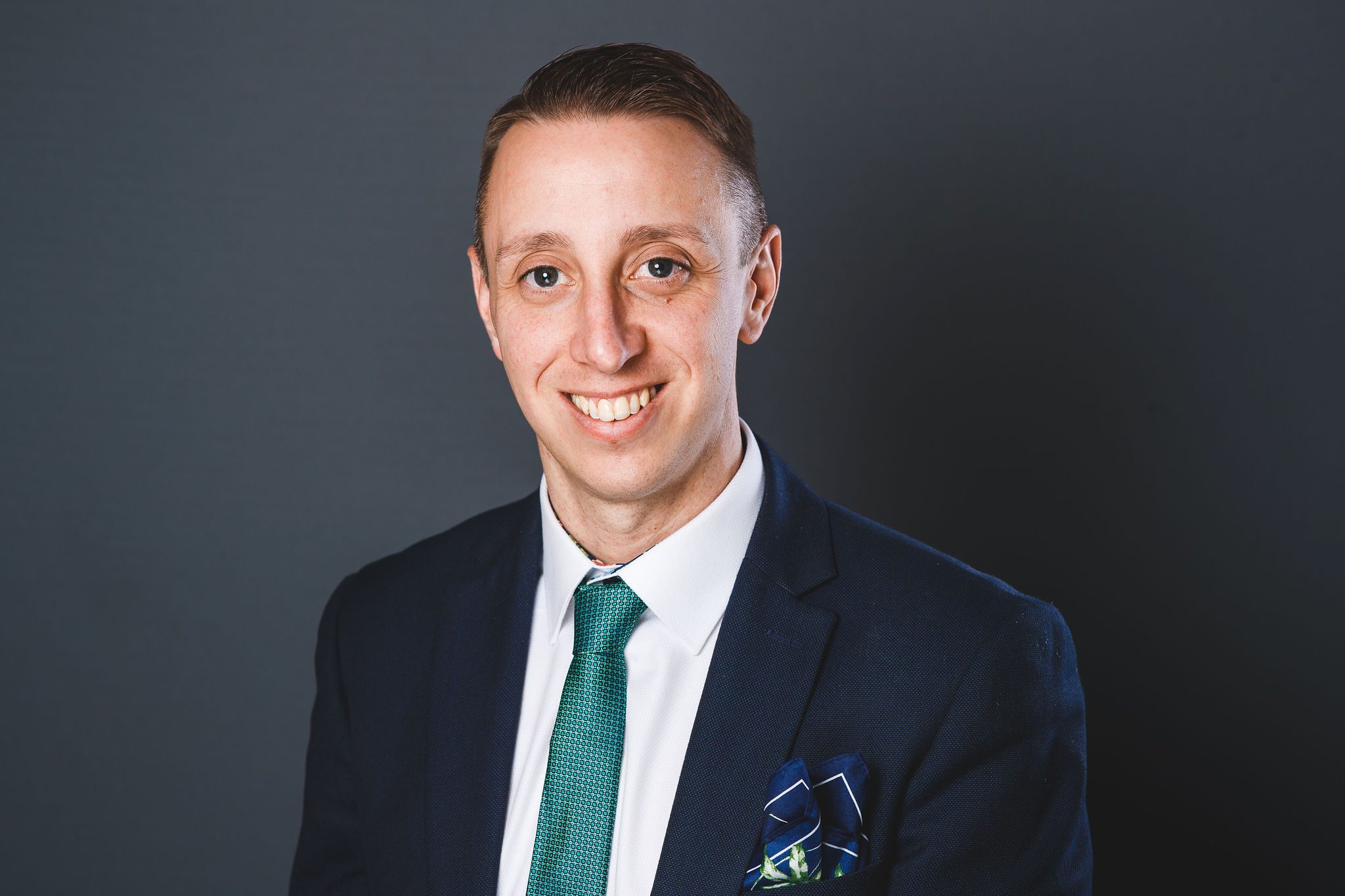 The roles within a funeral directors are more diverse than you may think!  A lot has changed since Freeman Brothers first began in 1855.  With branches across West Sussex in Billingshurst, Crawley, Horsham and Hurstpierpoint, our workforce comprises of 28 staff, most of whom are employed full-time and some who are on part-time or flexible basis.  Some of our team members have worked for the company for a number of years, and others have joined more recently.  As the business continues to grow, and the funeral industry changes, we are required to be increasingly innovative, and this means even more variety among roles and responsibilities.  Now’s your chance to meet the team!

Today we’ve profiled Duty Manager and Funeral Arranger, Alex – read on to find out more about his background…

How long have you worked at Freeman Brothers?  Nine years this month.

What did you do prior to working at Freeman Brothers?  I previously worked as an Estate and Letting Agent.

What made you want to work at a funeral directors?  I wanted a job that was dealing with the public, but where I could help and make a difference rather than being in a sales role.

Describe your role for those who may not know what it involves…  I mainly meet with families and discuss what sort of funeral they want to arrange, then put all of the arrangements in place.  However you will also see me conducting at funerals, sometimes driving the hearse or being one of the bears carrying the coffin on Funeral.  Finally, I help out with our community initiatives as often as possible.

What’s your favourite part of your job?  Being able to make a very difficult time that little bit easier on the family.  I also really enjoy putting together the Order of Service booklets, because it is usually a little memento that the family will keep, so I really like being able to do that for a family.

I’ve had the opportunity to undertake professional development training whilst at Freeman Brothers: a couple of years ago, I studied for my Certificate in Funeral Arranging and Administration.  This was a 12-week course – I had to attend sessions in the evenings which were run locally by the London Association of Funeral Directors.  The support from the tutor has been fantastic, and it was really interesting studying alongside other funeral directors.  At the end of the course, we sat a final exam, and I was really pleased to achieve a distinction in this.  Even though I had already worked for Freeman Brothers for several years, I learned a lot and my confidence in my ability to do my job improved.

Has your job changed your own approach to discussing death, dying and bereavement outside of work?  Yes, it has.  I now think that it is important to talk about death.  I find it easier to express what I want for a funeral whilst I am fit and healthy, rather than leaving it to a time when that may not be the case.  My Nan died in 2018, and it was a challenging experience: despite my advice, my family had refused to discuss her wishes prior to her death, so making the arrangements was harder than it could’ve been, and more difficult than it needed to be for my family.  My Dad has since said that it was fortunate that I work in the industry, because at least I knew what could be done and the steps we needed to take; if I hadn’t had my professional knowledge, it would’ve been even more difficult for us all.

What’s the biggest change you’ve seen in the funeral industry whilst you’ve worked at Freeman Brothers?  How much choice there is now from things such as colourful bespoke coffins to motorcycle hearses.  There is so much available, you can really make each funeral as individual and unique as the family want.  Earlier this year, a family requested an Ecto-1 (the car from Ghostbusters) be used for the final stage of the journey, and this became one of the most interesting funerals I’ve ever arranged.  It was only myself and the person arranging the funeral who knew it was happening – it was his request to keep it a surprise.  When the vehicle made its way up the long drive at the crematorium, and began to play the Ghostbusters theme, it was incredible to see what happened: people waiting gathered by the crematorium began to pull out their phones and take photos, I’ve never seen a reaction like it!  It’s great that this reaction is even possible now – 10 years ago it would’ve been a very different situation.  As it was, even the crematorium staff came out to watch, as did the other funeral directors present at the time.  It definitely made an impact.

Another great example of personalisation that I’ve been part of is a family who chose their own images to be included in the design of the coffin.  Rather than selecting a cardboard coffin with stock images on it – which are lovely, and represent a wide variety of interests – they sent me a number of photos from a family holiday they’d taken to Arizona.  It was a treasured trip, and a great personal touch.

When I went to the National Funeral Exhibition this year, there was more glitter than I’d ever seen previously (the event is held every other year, and this was my third one).

I’m really pleased to see bereavement books for children coming through too: as a father myself, with my Nan’s death last year I was faced with having to explain the situation to my older daughter, who was five at the time.  Unfortunately, these resources hadn’t been launched, and it would’ve been so helpful: my daughter did struggle to understand – whilst you don’t want your kids growing up anxious and worried, you also don’t want to wrap them up in cotton wool.  We wanted to explain to her what was going on, rather than try to create a story which can confuse children further, and having a book such as Clare Shaw’s to guide us would have helped.  I’m really glad it is available now.

What do you think funerals will be like in 20 years’ time?  I think funerals will become even more of a celebration of one’s life and achievements.  I also think outdoor funerals or alternative venues will become more popular.  I’ve already seen this start to happen: earlier this year I arranged a funeral service at Two Woods, which is often used as a wedding venue.  Unlike weddings, there are no legal requirements for a funeral, so they can literally be held anywhere.  The service happened in a clearing surrounded by 100 redwood trees, and it was so peaceful.  The gentleman who had died loved to travel, and the family had chosen a coffin decorated with a map of the world.  The family’s dogs were also able to attend, as it was an outdoor venue, and I noticed that this provided a lot of comfort.

Which songs would you like to be played at your funeral/memorial?  I change my mind quite a lot, but at the moment it would be John Dunbar Theme (from Dances With Wolves), Chasing Cars by Snow Patrol (partly because I’ve seen them in concert, which is a great memory) and Everglow by Coldplay.