How do I choose a ‘green’ coffin?

Freeman Brothers has been operating as a funeral director in Horsham since 1855, and now has four branches across West Sussex, having opened offices in Billingshurst, Crawley and Hurstpierpoint in more recent years. Our team is increasingly being asked about options for green or more environmentally-friendly funeral choices, especially about what factors make a coffin […] 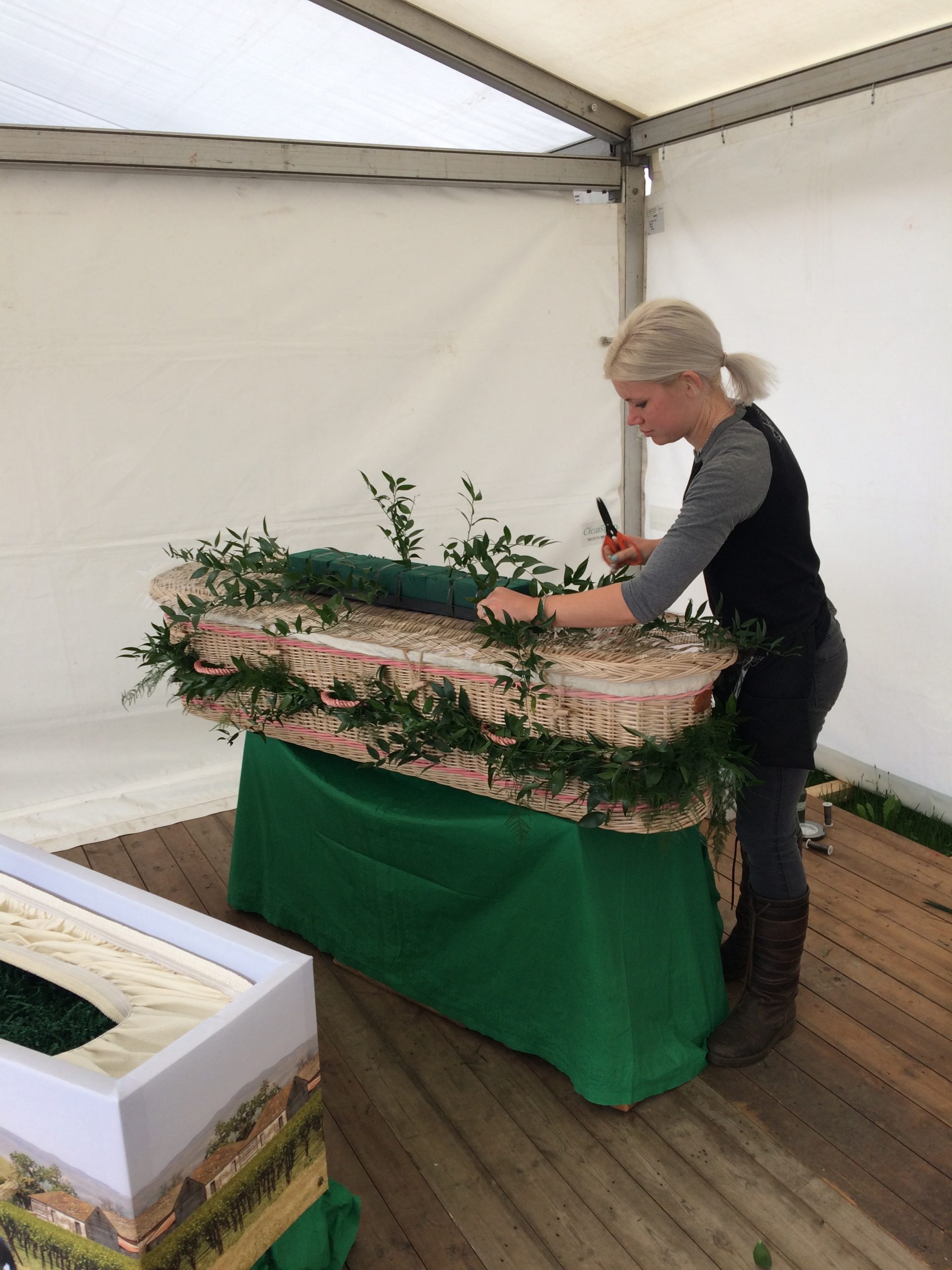 Freeman Brothers has been operating as a funeral director in Horsham since 1855, and now has four branches across West Sussex, having opened offices in Billingshurst, Crawley and Hurstpierpoint in more recent years. Our team is increasingly being asked about options for green or more environmentally-friendly funeral choices, especially about what factors make a coffin or casket ‘green’- nor not. Here, Freeman Brothers’ Manager, Abi Pattenden, discusses these considerations.

‘When arranging a funeral, one of the questions our team of arrangers is often asked is whether it’s possible to make an environmentally-friendly coffin choice and, if so, what that might be. Unfortunately, it can be a bit more complicated than that, because there are various different factors at work, but below I have listed some of the key considerations where environmental concerns are your priority.

‘If you are having a cremation then it seems obvious to say that the coffin is going to be destroyed shortly after the service has taken place. However, as we are also asked ‘are coffins re-used after cremation?’, it’s important to clarify that this is a long-lasting urban myth about funerals- perhaps based on days when a more ornate outer shell would be provided to cover a simpler inner coffin which was then cremated.

‘Cremations in the UK do require a coffin, partially because it enables them to be loaded into the cremator safely. The main concern for cremation is minimising harmful emissions. Within the last few years, crematoria have been required to upgrade their equipment for better mercury abatement. About 85% of UK cremation authorities are members of the Federation of Burial and Cremation Authorities (FBCA), which claims to be ‘committed to reducing greenhouse gas emissions from cremators and finding greener alternatives’ [link accessed by author on 20th December 2021]. The Funeral Furnishing Manufacturer’s Association (FFMA) operates a certification scheme with tests that have to be met around the way a coffin is constructed, how much weight it can bear, how quickly it ignites, and so on. This means the manufacture of coffins is more standardised, there are less likely to be polluting chemicals used in them, but it also means that crematoria are far less likely to use experimental- or, indeed, home-made coffins (of which see more below).

‘Therefore, in some ways, the environmentally-friendly work is being done regardless of your coffin choice. Whether burial is a green alternative is certainly a question worth posing- ‘green’ burial grounds are obliged to maintain and improve their habitats but any burial place means disturbances to land.

‘We are often asked ‘are willow coffins environmentally friendly?’ and the answer is, perhaps. Firstly, it’s worth acknowledging that not all willow coffins are the same. There are different types which use different methods of construction. However, there is no need to be worried that you can see through the gaps of a willow coffin, as every type will have a lining to ensure this is not the case. At Freeman Brothers, we suggest our customers use coffins from Somerset Willow or other British suppliers. These products tend to be made by hand, using traditional low-tech processes, making their manufacture less intensive. Their relatively local locations also reduce their transport mileage which is another important factor to consider. However, what cannot be ignored is that the materials for them are being grown specifically for this purpose and so all of the activity involved in that agriculture has to be factored into the final product’s impact. Solid wood coffins aren’t often thought to be ‘green’ but, again, their material is a consideration. Freeman Brothers uses British oak for these same reasons of short transport distances and guarantee of environmentally sympathetic suppliers.

‘It is possible to use coffins of other natural materials which are not purpose-grown. Water hyacinth is a pest which invades waterways and replaces existing species (an academic study of its effects can be found here). Where it naturally occurs, it may well be cut back, and would possibly be destroyed unless used as weaving material for items such as coffins. However, it only grows in tropical areas, so has to be shipped to the UK. This may be done by shipping rather than airfreight, and the shapes of coffins means they can be ‘nested’ for transport. However, this does mean they come without a ‘shop local’ ethos which is often thought to go hand-in-hand with other environmental considerations. The same is the case with non-native hardwoods or tropical woods which may have been discarded without the coffin industry. However, there are also considerations about how they are harvested, and by whom- I think environmental concerns also stretch to hoping for high-standard, sustainable processes and good treatment and fair pay for workers, and there are always thoughts that buying anything from countries where standards differ makes this harder.

‘Another choice to consider when thinking of the environment is a cardboard coffin. In some ways, these are a halfway house between the natural woven products outlined above and a more traditional coffin as discussed below. They are sometimes made from by-products of printing, use templates and so are part of a mechanised process which can presumably be refined and improved (and possibly reduces wastage), can be transported in nests like other coffins but are also lightweight which means more can be carried at one time, reducing the transport miles per item. They can also be provided plain and customised by families. I think it’s generally thought that the mechanised production of identical items is more efficient than bespoke ones so this must save energy needed to diversify processes. Customising the coffin is often a cathartic part of the grieving process for bereaved people, and we have seen many instances of them being decorated with photos, paper shapes and designs and even directly drawn and written upon. However, if the coffin is being cremated, the coffin decoration should be considered carefully- for example, plastic would not be possible.

‘It seems hard to argue that a traditional veneered coffin is ‘green’. However, it all depends on how you look at the manufacture, transport, and so on, as well as the item itself. The chipboard base of a veneered coffin is made of a by-product of other woodworking industries, which might be discarded otherwise. The process of making them is not new, which means that it has had plenty of time to be refined for efficiency and minimise wastage. Additionally, for a company like Freeman Brothers, which is fortunate to have storage space, these coffins can be ordered for bulk transportation. As the majority of our customers still choose one of these, we are able to reduce the impact of their transport through careful and timely ordering. All of the other coffin types I have mentioned (and any others, along with anything else not in our standard range) would be ordered and couriered individually.

As you can see, there is no straightforward green coffin choice. Everything that is currently available has pros and cons. Our advice tends to be that, unlike many other products, there is no right or wrong environmentally-friendly answer. However, Freeman Brothers is committed to reducing our own environmental impact, so we continue to watch the market with interest, and would always promote any straightforward choice if it became available.