With social distancing restrictions in place and our working patterns now very different, so are our home lives. Here’s more on how the Freeman Brothers team are coping... 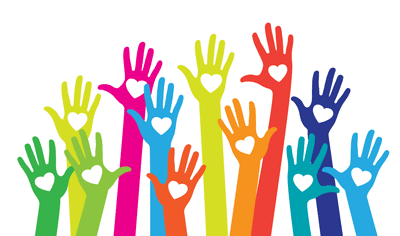 Freeman Brothers Funeral Directors was first established in Horsham, West Sussex in 1855.  The company now has further offices across the county – in Billingshurst, Crawley and Hurstpierpoint – and serves the communities throughout Sussex and Surrey.  With 30 employees all based locally, the team are used to being out and about with friends and family.  With the UK’s social distancing measures still in place, Community Co-Ordinator Becky has been catching up with her colleagues digitally in order to find out how they’ve been keeping themselves occupied…

As the UK’s lockdown continues, an unfortunate, albeit typical, turn in the weather has meant further changes to our routines at home!  Many of my colleagues and I are fortunate enough to have gardens or live in rural areas, so are able to easily and safely access outdoor space.

I’m pleased to report that the Tiger King-shaped hole in my life has been filled by two other excellent offerings on Netflix: I really enjoyed the mini-series ‘Unorthodox’ about a woman who escaped her family’s strict community in Brooklyn; and I’m currently looking forward to Mondays due to that being the day on which new episodes of ‘The Last Dance’ are made available – it’s a documentary series on Michael Jordan and his Chicago Bulls teammates.

At the time of writing the previous blog, I was still planning my #TwoPointSixChallenge event.  What I ultimately came up with was a ‘marathon workout’, which my friend and fundraising partner helped me to plan and participated in with me via Instagram Live.  We chose 26 exercises, each to do for 30 seconds followed by 30 seconds of rest… and we did the entire workout three times!  This meant that we were working out for almost an hour and a half, I was quite tired by the end, but also full of adrenaline and very proud of myself.  The workout became an international affair – my friend Anneli is South African, and some of her family and friends in South Africa were able to join in online (it helps that the time difference is minimal), as well as my family and friends across the UK.  Move over Joe Wicks…

Following my marathon exploits, I took a week off from training to give my body a rest.  This also meant that I had some time to get stuck in to my latest read: ‘Sway’ by Dr Pragya Agarwal is about unconscious bias, and I’m really enjoying it.  Throughout the last year or so, I’ve also been expanding my culinary repertoire, and this week I tried a new dish – Vietnamese-style fish from ‘The Quick Roasting Tin’.  My dishes rarely resemble the picture in the book, but usually taste good, and this was no exception!  The author has just released a new book in the series and I have a feeling it’ll be added to my collection soon.

On Friday evenings I can also be found shuttling between my local pub – The Windmill, in Littleworth – and various homes.  If anyone’s spotted my car doing laps of the village, they might think I’m a bit strange, but the truth is that I’ve volunteered to deliver orders of freshly cooked meals to those who would like them.  It’s great to see my favourite pub keep going in this way – not only will I and many others still have a pub to go to, but it also means that those who work there continue to have jobs.

Tina, one of the Funeral Arrangers based in Horsham faced a dilemma: with birthdays of some friends coming up, she wanted to send cards with personal notes in, rather than ones ordered and sent directly online.  It’s tricky to shop for greetings cards at the moment – specialist shops are closed in line with social distancing regulations; it’s difficult to shop for them in shops which are still open – cards are one of those items that we like to really inspect prior to purchase, and this is something that we can’t currently do.  Tina took the opportunity to spend some time getting truly creative instead and, having rounded up some supplies at home, set to work making three birthday cards by hand.  I think you’ll agree she made some lovely cards!

Tina’s also spent some quality time with her daughter, whose university year has been cut short due to coronavirus shutting the establishment down.  They had an afternoon tea together at home, which appears to be a bit of a theme among my colleagues!  Annissa, who takes care of J. Gumbrill business, also put together an afternoon tea for herself and her teenage daughter – she managed to take a picture before she and Chloe tucked into the cakes.

Not to be outdone on the craft front, Annissa and Chloe got creative too: they made a keepsake made of salt dough to commemorate the time they’ve been spending together.  Annissa said that she had realised how unique (we hope!) that the current circumstances are, and that she hopes their shared keepsake will remind Chloe of these experiences when she’s older, to help her form the basis of sharing the story with those who haven’t experienced it with us.

Before the rain hit, Chrissie had been enthusiastically gardening.  She kindly shared some photos which you can see here, we’re all impressed by her exploits!  She also told me that this is where she could be found of an evening with a drink, and I’m looking forward to being able to join her once we’re allowed to visit friends again.

Natalie has had a double celebration in her house: last week she and her husband celebrated their wedding anniversary, plus their son’s birthday.  There was a home-cooked Italian meal, in recognition of the fact that they spent their anniversary last year in Italy, plus the obligatory birthday cake.

Abi has also just celebrated her wedding anniversary.  She and her husband were originally due to be apart, as Abi would’ve been in Liverpool for the National Association of Funeral Directors’s annual conference.  Whilst she’s sad to be missing out on the conference, Abi was pleased to be able to spend their anniversary together.  They would normally choose to eat out, but again this currently isn’t an option.  However, they were pleased to find out that one of their favourite restaurants has recently re-opened for takeaways only (a service that they don’t normally run, thanks to their French cuisine!), so she and her husband were able to enjoy a restaurant-quality meal in their own home.

Jen of our Crawley branch has been impressively industrious!  She’s knitted a jumper and hat to send as a gift for a friend’s baby, which is due later this year.  She’s also tried her hand at felt making for the first time, using a kit she received as a gift some time ago.  She and colleague Vicky have also been taking it in turns to experiment with stuffed cookies.  So far, they’ve tried jam, marshmallow, chocolate spread, and marmalade.  Next up is either rhubarb or peanut butter with jam, they’re still trying to decide!

I hope that those of you reading this are finding fun ways to occupy yourselves safely.  In the meantime, we’re back to work, and also working on our lists of things that we’re looking forward to when businesses are able to resume face-to-face trading…