What to wear to a funeral

Freeman Brothers has been serving Sussex and Surrey since 1855 and so has been carrying out funerals and caring for bereaved people for over 165 years. Our long experience as funeral directors means we are in a great position to be able to offer our expertise not only when someone dies, but more widely too. […] 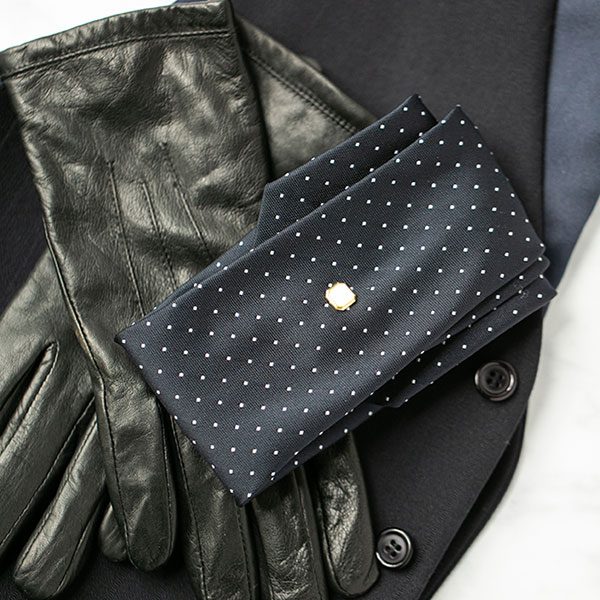 Freeman Brothers has been serving Sussex and Surrey since 1855 and so has been carrying out funerals and caring for bereaved people for over 165 years. Our long experience as funeral directors means we are in a great position to be able to offer our expertise not only when someone dies, but more widely too. Here, Manager of Freeman Brothers, Abi Pattenden, talks about how the clothes we wear make a difference, and also offers her advice on something we are often asked: ‘what should I wear to a funeral?’.

Many people associate funeral professionals with black clothes, top hats, and canes. While this isn’t true of Freeman Brothers (of which more to come), it’s easy to understand how these ideas still resonate with people. Many of the more traditional ideas we have of ‘mourning’ in the UK come from the Victorian period, and the types of dress we associate with funeral directors today, such as frock coats and top hats, were commonplace in that period.

For many years, Freeman Brothers’ staff have worn navy blue instead of black. This is for several reasons, one of which is the personal preference of Peter Freeman, the current proprietor. It makes us distinctive without being inappropriate. It’s also practical – we do receive requests not to wear black, to which we are able to respond that we won’t be, without having to provide an entirely different set of clothes for those occasions. This means we are able to invest in really high quality clothing. Much like our vehicles (which are also blue), we tend to think that no-one will mind navy instead of black, but we are also able to accommodate those who would prefer a different colour. Our conductors, who need to be most prominent at the funeral – as they are in charge of our team and ensuring the funeral goes smoothly – combine a traditional tailcoat with our navy colour to give the best of both worlds.

Another variation in colour that we offer, by request, is in the choice of tie colour that our team wears on the funeral. This started a few years ago when someone asked us whether we would be happy to wear ties that matched the Deceased person’s favourite colour, which many of the congregation would also be honouring in their dress on the day. We were only too happy to oblige and that started a large collection of sets of ties! We now have a wide variety from a bright orange to a pale pink. Our most recent addition is burgundy, which will look very smart with our navy suits (another reason we chose it – it suits everyone and goes with all colours!). Sometimes a flash of colour is enough to make a difference and other times it’s part of the overall theme of the funeral. As well as use of specific colours reflecting a particular choice for the funeral, it can also be a way to honour a request for, for example, bright colours.

People arranging funerals often ask us their thoughts on suggesting a dress code for the funeral. The answer to this, like so many other questions regarding funerals, is it very much depends on what you’re asking for and who is likely to attend. A request for bright colours, or no black, for example, is both quite normal these days and relatively easy to adhere to. A more specific request for a particular colour, or even shade of a colour, or specific type of clothing, is harder for people to adhere to and so there is a risk it may not be as widely followed. Having said that, seeing a group of people as a homogenously-dressed mass at a funeral is very striking. I particularly remember one funeral where every attendee was wearing a football shirt.

I think one of the most important aspects of allocating some kind of dress code to the funeral is ensuring that attendees are aware of it. No one wants to be the odd one out on any occasion and funerals are a particular example of where we’re often reluctant to draw attention to ourselves. This might especially be the case where a suggested dress code has been put in place and it conflicts with our own ideas of what is appropriate to wear for the occasion.

Not only do people arranging funerals often ask us their thoughts about dress codes, but people attending them do, too. It’s not unusual for someone to enquire as to a funeral dress code and clarify the intention behind it. I also find that I am quite often asked if people still dress formally for funerals, what I think people expect to see worn to them, and so on. With that in mind, here are a few of my own personal thoughts on the matter.

If there is a dress code for the funeral, I think you should respect it to the extent that you feel comfortable. Personally, I am someone who tends towards over, rather than under-formal, and I often struggle if I have to attend a funeral in a personal capacity where there is a suggested dress code. No-one wants you to feel uncomfortable and there is a range of options available to you which enable you to compromise between your own feelings and those of the people arranging the funeral.

For example, ‘bright colours’ doesn’t necessarily mean top-to-toe. You could wear a vibrant dress, shirt or top under a more sober jacket or cardigan. This will probably also give you a feeling of security in case you arrive to find you’ve got it wrong – you can just keep your top layer on! If you really feel bright colours aren’t appropriate for funerals, you can still make a gesture with a scarf, jewellery, pocket square, tie, or other accessories – and the same can be said if you are asked to wear a particular colour. If it’s not a shade you have readily available, perhaps you might have time to pop to a local charity shop – they usually have lots of accessories and costume jewellery. The smallest gesture to show you have tried is often more than enough – it’s relatively rare that you would be expected to wear a whole outfit of a particular type.

I would say that, unless a dress code dictates it, smarter is better. Bright clothes/no black/a particular colour doesn’t, to me, mean casual. I would be aiming to look as if I was going to a job interview and, for me, unless specifically requested, jeans and trainers would be a no-no. Revealing clothes are also not a good idea – I tend to think that the ideal outfit would be something where no-one has noticed what you’re wearing to the extent that it would be memorable a few days later.

Finally, consider practicalities. Burials mean grass and so, if there has been bad weather, possibly mud. High heels or dress shoes with slippery soles are probably not a good choice. Places of Worship can be chilly and at any venue you may be standing for a while either before, after, or both. Funerals can be long and emotional days, and worrying about what you have on or feeling miserable because you’re hot or cold can only exacerbate this. Think practically, think layers, think of all the boring advice you have ever been given about feeling the benefit of your coat. Above all, consider whether your outfit is what you would like people to remember a funeral by, and dress accordingly!

← Prev: World AIDS Day: awareness of the overlooked pandemic Next: Favourite memories of 2021 →