Word Story: How our COVID-19 Memorials Were Created

Freeman Brothers was first established as a funeral director in Horsham, West Sussex in 1855. The company now has a further three offices across the county – in Billingshurst, Crawley and Hurstpierpoint – and is a well-known brand in all four areas. Earlier this year, Freeman Brothers installed and unveiled two memorials marking the community […] 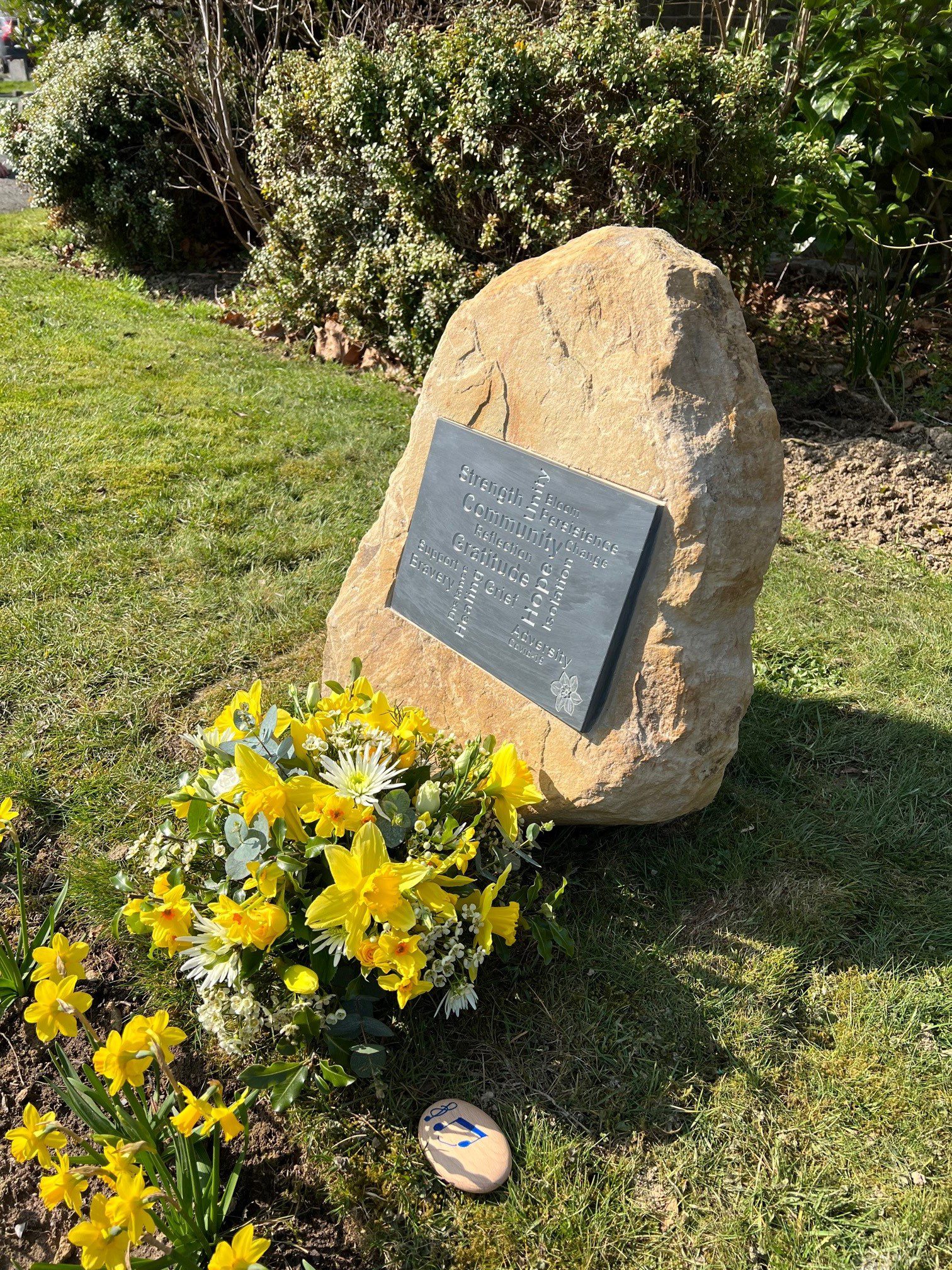 Freeman Brothers was first established as a funeral director in Horsham, West Sussex in 1855. The company now has a further three offices across the county – in Billingshurst, Crawley and Hurstpierpoint – and is a well-known brand in all four areas. Earlier this year, Freeman Brothers installed and unveiled two memorials marking the community experience of the COVID-19 pandemic, and the design has become a real talking point! Becky reveals a little more about the process…

Since our COVID-19 memorials were unveiled in Horsham and Hurstpierpoint, the most frequently asked question I’ve received is how we chose the words incorporated within the inscription. It hadn’t occurred to me that people would be curious, probably because I was involved in the process, and so was aware of the story! I’m pleased to be able to share it here.

A few design options were discussed during the early stages of the project in Spring 2021. I was working on the memorials with my colleagues Abi and Chrissie, and we had several ideas between us. We were also clear on some things we didn’t want, the main item on this list being dates. From the point we’re at now, it can be tricky to remember how things were in early 2021. I think in addition to a sense of frustration and pandemic fatigue, there was also a vague feeling of hope for many of us, mainly due to the apparent progress of the UK’s vaccination rollout. However, we were also keenly aware by then that we had no idea when the pandemic might end, so to have a ‘from and to’ seemed both inaccurate and too like a war memorial. In a similar way, just choosing to put 2020 felt unfair to those who were still experiencing bereavements and other struggles throughout 2021.

This led us to consider what would be appropriate, and we headed down the route of popular inspirational quotes. We considered options from both international and local figures, and those with different backgrounds and beliefs. One of our favourites was the Martin Luther King Jr quote: ‘Out of the mountain of despair, a stone of hope’, which we also thought fitted the object we’d be creating in a literal sense.

A theme we were particularly drawn to was the idea that the pandemic has impacted every single person on Earth, but that we have all experienced it as individuals. Even those of us who were in a similar situation – for example, the three of us as colleagues – had lived different versions of the pandemic, and we thought that a way of reflecting this might be to take a more unusual approach.

With the idea of the memorial being to provoke thought and conversation, but not to shock, we began to work with the concept of a word cloud. Separately, we all took time to create a list of words which evoked our feelings of 2020 and beyond, allowing our thoughts to flow freely.

We then compared lists, grouping the words in terms of meaning initially. Unsurprisingly, there were words which came up two or three times, showing that we think similarly! Where there were words which were synonyms for each other, we chose the one which felt like a best fit but was also unique. It was great to see what everyone had come up with, as it did show that although we’d been through the same series of events, we had all experienced them in our own way, and our memories varied.

Once we’d sifted through any duplicate terminologies, we began to think about what we might need in terms of layout of a word cloud, and decided that a mix of word lengths was necessary. So the next step was to group the words by character count, before prioritising them for inclusion within the design.

We had decided early in the process that we’d leave design to the expert, and that we would provide guidance, which was why we chose to prioritise words rather than determine the layout ourselves. With this step taken, the list of words was sent to the letter cutter, who created a suggested word cloud for us.

All three of us were impressed by how our vision had come to life, and were immediately happy with the design, meaning that it was ready to be inscribed upon the stone. We’re really pleased with how the stones have turned out. If you have visited, do let us know what you think!

We think that there is great scope for community and educational activities around the language included, and offer the following talking points as suggestions:

The stones sited in Horsham and Hurstpierpoint display the same design, and we hope that you enjoy visiting them.

← Prev: Top Five Funeral Etiquette Tips Next: Who has the right to arrange my funeral? →